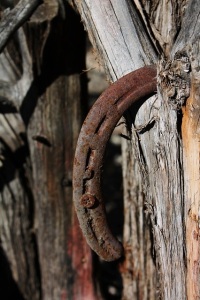 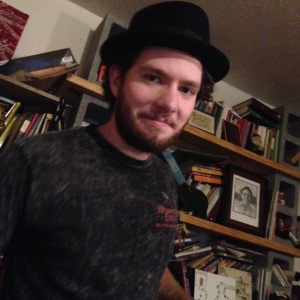 Make art about your teachers. 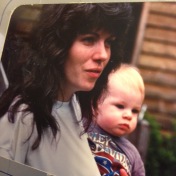 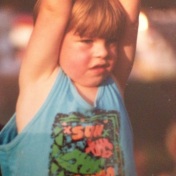 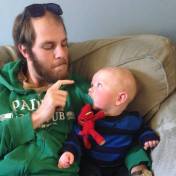 All grown up with his mini-me, his nephew Max

Seven years ago today, my oldest son J was in a terrible car accident, his little plastic Saturn sedan t-boned by a brand new Dodge Charger with its all-steel construction.

J, my laughing, charismatic, kind, smart son, only 22 then, was critically injured, with a compression skull fracture, subdural hematoma, subarachnoid hemorrhaging, and four feather bleeds into his beautiful brain. They airlifted him by helicopter from our small town to the major medical facility, MCV, in Richmond, admitting him directly into the neurological ICU. He was conscious the whole time, talking, joking, charming the nurses, complaining that he couldn’t look out the window on his first-ever helicopter ride, even saying things meant to reassure me, his sister, his brother, the friends who stood by us at the hospital. We bedded down in the ICU waiting room, while behind those heavy doors, monitors clicked and hummed, documenting my son’s traumatic brain injury. That was Wednesday.

Early Thursday afternoon, as I stood as J’s bedside, a doctor we hadn’t seen before strode in, his crisp white lab coat flowing behind him. He introduced himself as the head of neurological research, and after a moment, he asked us if we had seen J’s latest CT scan. We hadn’t, so he hurried from the room, telling us he’d be right back. J and I looked at each other, confused, and my son must have seen worry in my eyes, as he patted my hand.

The doctor returned, wheeling in a large piece of equipment, a medical imaging viewer, and positioned it at the end of J’s ICU bed. He turned it on and the image of my son’s skull appeared,  stark in the black and whiteness of it all. For a second, we were completely silent. Then the doctor, smiling, began to explain what we were seeing.

What we were seeing was nothing: no bleeding, no bruising, no swelling. The only sign that remained of my son’s injury just 24 hours before was the spiderweb of fractures in the bone, as if a pencil eraser had been pushed into the fragile shell of an egg, a network of bone break just beneath the C-shaped wound on the side of his head.  J’s brain looked completely normal, showing not a single other sign of the blow he’d taken the day before in the wreck that had left his little car mangled, left nothing but the driver’s seat intact.

The doctor grinned, saying, “We want to study you, study why and how you healed so quickly.”

That was Thursday. We brought J home midday on Friday. Six weeks later, he was back at work, then back to his last year of college that fall. We talked time and again about his miraculous healing, about why it might have happened.

J, my wise son, said, “Mom, I don’t know why it happened. I just know I got another chance.”

He now calls May 19 his birthday. His Facebook status this morning read, “Today, I am alive.”

Make art about being given another chance. 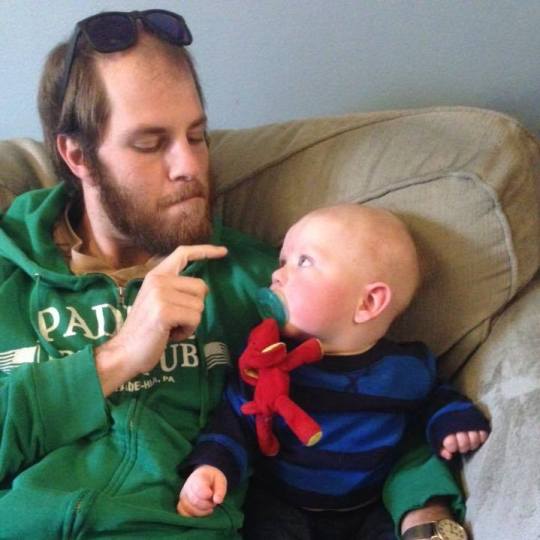 Sometimes the Prompt is for My Son’s Birthday

Daily Prompt
9/20/2015
Made my son birthday breakfast 🙂 He turned 27 today, and is both one of my greatest teachers, and my dearest friend. Breakfast involved gravy 🙂 Of course, it did 🙂 We’re Southern ❤
The rest is gravy.Gravy train. Good gravy!
Make art about gravy. Yep. Gravy. 🙂 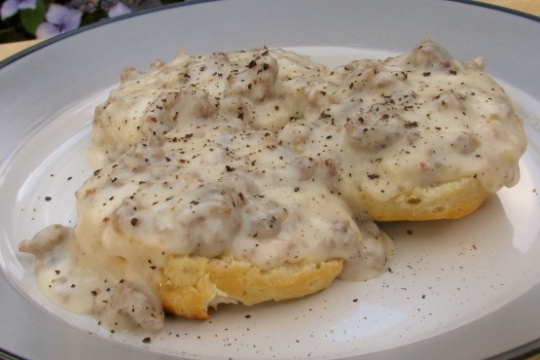