Monday Must Read! The Long Weeping by Jessie Van Eerden

Jessie Van Eerden is the author of Glorybound (WordFarm, 2012), My Radio Radio (Vandalia Press 2016), and most recently, her collection of portrait essays,The Long Weeping, just released from Orison Books.

A West Virginia native, Jessie holds a BA in English from West Virginia University and an MFA in nonfiction writing from the University of Iowa. Her work has appeared in The Oxford American, River Teeth, Image, Bellingham Review, Willow Springs, Rock & Sling, Appalachian Heritage, Ruminate, and other publications. Her prose has been selected for inclusion in Eyes Glowing at the Edge of the Woods: Fiction and Poetry from West Virginia(Vandalia Press); Walk Till the Dogs Get Mean (Ohio University Press); Red Holler (Sarabande); Dreams and Inward Journeys: A Rhetoric and Reader for Writers, Seventh Edition (Longman); Jesus Girls: True Tales of Growing Up Female and Evangelical (Cascade Books); and Best American Spiritual Writing (Houghton Mifflin).

Jessie has taught for over fifteen years in college classrooms and in adult literacy programs. She lives in West Virginia where she directs the low-residency MFA writing program of West Virginia Wesleyan College.

Follow Jessie on Twitter: @jessievaneerden. To see what Jessie has been reading, visit her Goodreads page. To learn more about WV Wesleyan’s MFA program (#wvwcmfa), visit the program website.

Praise for The Long Weeping

“In these startlingly honest and imaginative essays, van Eerden enlarges the world around her, giving flesh to what is all too often flattened by the outside eye, anointing places and people and the throbbing spaces between them as she searches out and sings litanies to what she calls the “larger body I belonged to and could not leave.” Lush and razor-sharp, The Long Weeping shimmers with intelligence and grace. The truest essays I’ve read in a long time.”

—Sonja Livingston, author of Ghostbread, Queen of the Fall, and Ladies Night at the Dreamland

“Van Eerden is one of the best essayists working today if judged by her craft and intellect alone, but her gifts go beyond those: she is also one of the most honest. The Long Weeping turns a visionary eye and a laser mind on subjects often simplified or even scorned by contemporary culture: white poverty; mysticism; love of family; the wisdom of modest people. Van Eerden is brave enough to say the hard things. She’s strong enough to love the hard places.”

—Ann Pancake, author of Given Ground, Strange as This Weather Has Been, and Me and My Daddy Listen to Bob Marley

“The human brain holds in its cradle its own strangeness”-Eric Waggoner Make art about the brain, the magic of the brain, its beautiful strangeness.

“I could spend my life trying to distill the feeling of a summer porch”~Jessie van Eerden Make art about that summer porch.

Make art inspired by this quote: “Who looks after the sensitive child?”~Nikky Finney

I wrote a poem today called “What Goliath Wants Us To Know.” Make art about what someone—real or mythical, living or dead—wishes we knew.

I’m struggling to function in the sorrow of what we’re doing to each other. Keep singing a song I learned as a child, One Tin Soldier.

Listen, children, to a story
That was written long ago
‘Bout a kingdom on a mountain
And the valley-folk below

Now the valley cried with anger
“Mount your horses! Draw your sword!”
And they killed the mountain-people
So they won their just reward

Now they stood beside the treasure
On the mountain, dark and red
Turned the stone and looked beneath it
“Peace on Earth” was all it said

Make art about what matters.

Thanks and Love to Eric Waggoner for his seminar at the West Virginia Wesleyan MFA residency on writing ugly topics. Robert Bly said, “Dare to do something ugly.” Do this. Take on something ugly.

Garmin took us down some strange backroads today, as it does at times 🙂 Today it took us down a two lane road with no lines, through a series of unicorporated communities, one of which was particularly sweet, Batesville Virginia. As we entered this tiny crossroad community, we passed a stone pillar with the word Elysium carved into it. Love letters from the Universe?

According to Eustathius of Thessalonica, the word “Elysium” (Ἠλύσιον) derives from ἀλυουσας (ἀλύω) and means to be deeply stirred from joy, or from ἀλύτως, synonymous of ἀφθάρτως (ἄφθαρτος) incorruptible, referring to the incorruptible joy of a soul in this afterlife.

Make art about your idea of the afterlife.

Finding peace in doing the daily tasks of being home: folding laundry; washing dishes; sweeping floors. Make art about those moments when the mundane intersects with the divine.

Lost a feline family member today, Dobi. She ruled our home with the most regal feline disdain for ten years, and my heart is broken at her going. Make art about what our animal family means to us. 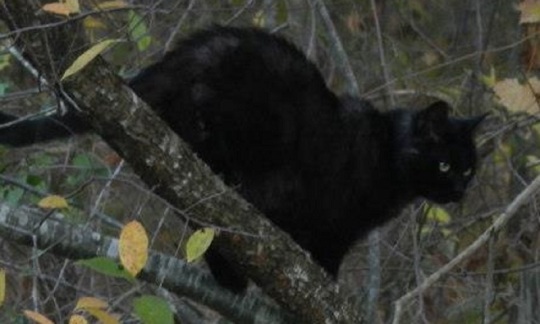 Coffee in the garden. Reminders of the cycles. Make art about what goes on, about what continues.